The apocalypse is here. Or is it? 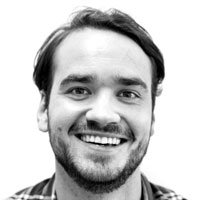 According to the Mayan calendar the world will end on 21st of December 2012. How this will happen is not known. Some perceptions of the apocalypse invoke volcanos, flooding and earthquakes, others are referring to meteor strikes. We do not believe in this.

The list of concerns is in fact long: climate change, religious and cultural differences, economic collapse, ecological crises, genetic modifications, food shortage, loss of biological diversity, etc. A recurring theme is that technology is involved in all of these concerns, either as the cause of the problem or as a solution to the problem. Sometimes even both. This emphasizes the fascinating duality of technologies; they can be regarded both as solutions to societal challenges, or as problems in themselves.

People in the academic communities studying technol- ogy or people in the environmental organisations are often divided into technology optimists and technology pessimists. I would rather encourage people to be analytical about technologies and to study the mentioned duality that lies within them. We need to be critical about it, but still regard technology as a great tool that has to be handled with caution. Whether we like it or not, technological progression will probably not halt any time soon. The best we can hope for is to try to control its development and use it for the better of the society.