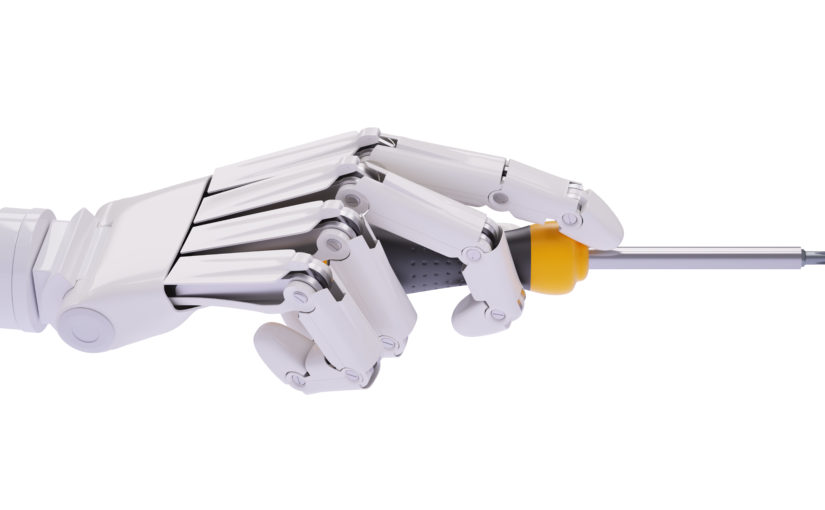 Society today does not suffer from unemployment caused by too effective weaving machines.

The battle between humans and technologies counts centuries. Technological progress no longer means just machines doing repetitive work and drudgery, but AI technologies that are able to think and mimic cognitive behaviour. One day in the not too distant future, there might be a robot writing this kind of article, or driving our cars – to some degree, both of these examples are already happening. AI is already able to enter the job market in areas considered less likely to be automated in the past. As technologies are getting smarter and more humanlike at the same time as focus on automation amongst public and private sector increases, there is a rising concern regarding the future job market. Firstly, is automatization a positive or negative thing for humans in the workforce, and secondly, will technologies actually replace human labour altogether?

Technological progress has always had a direct impact on employment and was a driving force in shifting jobs from agriculture to manufacturing, and onwards to service and management occupations. Despite the unemployment the technological development has caused while these transitions were happening amidst protests and anxiety, technologies had a positive rather than negative effect on long term wealth and social well-being. According to McKinsey & Company’s report published in January 2017, it is estimated that between 1850-1910, productivity grew with 0.3% annually after implementing the steam engine. The same thing happened when early robotic and IT technologies were introduced and the resulting productivity growth reached 0.4% and 0.6% respectively. The report predicts that the same thing will happen after the adoption of AI and robotics; by 2065 we’re predicted to have an annual economic growth between 0.8% and 1.4%.  In addition, while productivity grows, working hours are reduced by nearly 57%.

However, implementation of new technologies in companies is linked to unemployment. Due to the growth of artificial intelligence, both skilled and unskilled occupations are at risk of automation. Machine learning gives AI technology the ability to learn from experience without every step of the process being explicitly programmed. Thus, with enormous amounts of data, AI can enrich its experience way faster than humans, and can potentially carry out work that requires decision making, analysis or even creativity (eventually). According to McKinsey, in Norway, near 42% of working hours can be automated with today’s technologies.

The potential of automation differs across activities and sectors. Frey and Osborne (2013) concluded that near 33% of jobs in Norway will be automated in a decade or two. Predictable, repetitive tasks, jobs with lower wages, and education are at higher risks. Examples include manufacturing, food service, transportation, accounting, bookkeeping professionals and general office clerks. Less likely to be automated are jobs with higher education, wage and specialisation – such as the people determining firm strategy, human resource functions, marketing, educational services, software developers, financial analysts, etc.

When considering what the job market will look like in a decade or two, it is important to note that automation of jobs does not necessarily mean that whole occupations will disappear, but rather that some tasks within an occupation will be automated. For instance, fraud detection specialists in finance have changed their focus from looking through physical transaction records, and now work with training intelligent machines and designing increasingly fraud-safe processes. Their jobs still exist, but AI has freed up their time for other, value-creating activities.

However, we have jobs that might disappear entirely, while new jobs arise in their place. For example, when self-driving cars are implemented there will be no need for drivers, but new jobs are created in design, development, monitoring, implementation of AI and robotics.

In general, it is difficult to measure exactly the difference between eliminated jobs and new occupations, but we have seen this kind of process before: Industrialisation, computerisation and now AI and robotisation. Every time we have invented technologies to take over human labour, people have shared the same fear of technologies taking over their niche in society. Regardless, what we have seen so far is that due to technological development, efficiency and productivity has grown, which has resulted in a better economy and higher standard of living. The people displaced with technological change eventually adjusted to the new reality after change had come about – the social unrest and short-term unemployment was largely affected by their ability to adapt and find a new role in society. Therefore, when we meet the disruption of robots and artificial intelligence, our focus should not be constraining development, but ensuring that the human part of the workforce has a high degree of flexibility and ability to adapt.

In this process, governmental and educational systems will play an important role and need to adjust in order to provide people with the opportunity to requalify themselves during their careers. Take the example of Singapore, which promotes lifelong learning and offers $345 credit to citizens over 25 that can be used to take a course at approved universities or online in order to remain competitive in a changeable, technologized job market.

In the end, the same question remains – will the robots take our jobs? I do not think so, but evidently, AI technologies and robotics challenge the traditional ways of employment, and being good at one thing no longer guarantees long-term employment. Nevertheless, history has taught us that smashing the weaving machines was not a good solution to unemployment, indicating that flexibility and openness to learning new skills will be key when facing the future labour market.