When consensus is presented as certainty, climate researchers make themselves an easy target for climate sceptics who want to call their conclusions into questions. What is the significance of consensus in the climate debate? We asked Erlend Andre Tveiten Hermansen, currently a senior researcher at Cicero. 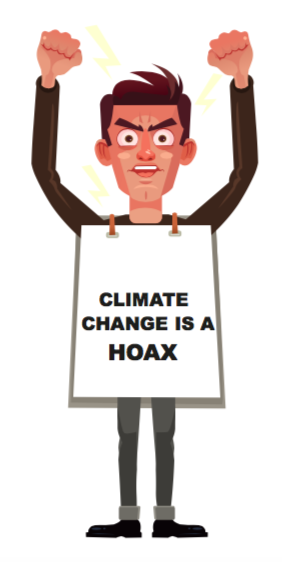 I partly disagree with the critics claiming that the focus on consensus was totallyuseless. There are reasons why this kind of rhetoric was useful, and perhaps particularly at that time. Organized climate scepticism was more visible and influential, powered and funded by strong vested interests who found it opportune to exaggerate scientific uncertainties and deliberately cast doubt on well-established scientific facts. Doubt and uncertainty can suspend action. As a countermove to these forces, different groups of scientists started to count consensus. If you are to instigate political action on such a contested field as climate change, you have get across the message that we’re pretty sure that we are facing a serious problem. I would say that the story about the 97 percent has contributed in that regard and brought wider and broader attention to the climate issue. But of course, then it’s the issue on how you actually count consensus.

But then, when some questioned how precise this 97 percent estimate really was, would you say that focusing on that very number was harmful to the cause?

It’s a gamble. Citing numbers may be effective, but when the numbers suddenly are questioned, doubt may be fuelled, which again might divert the attention from the real issue. But the point is not really whether it is 97 or 77 per cent, the point is that the vast majority of active, publishing climate scientists support the hypothesis that most of the observed warming the three-four last decades is manmade. And that hypothesis seems to be more established than ever. Put bluntly, the climate debate has turned from whether we actually have a problem, to what we can and should do about it.

The STS field does research on controversies and questions the extent to which one can be objective even within science. Regarding climate change, do we really have time to listen to your analyses?

That we’re hung up on controversies and problems, you mean?

Yes, could it be that this kind of research may slow down the process towards solutions?

It has been debated whether STS research can be used by for instance climate sceptics for underpinning quite absurd beliefs, and whether STS has played a role in the so called “post truth” age. In my opinion, one of the primary assets of STS is to enable reflexive learning as you go along. This kind of approach is very important as technoscientific societies embed so much uncertainty of different kinds, and particularly when there is much at stake, as with climate change. The uncertainty regarding manmade climate change has been massively exaggerated and also exploited by the fossil fuel lobby. And we can say that, precisely because we have done much scientific research on that topic.

At the same time, it’s important to make the climate models more transparent regarding the methodological assumptions underlying the conclusions we draw and which we base our responses on. In a democracy, politicians, citizens and broader society should be well-informed about how we arrive at our conclusions. Core assumptions may have profound consequences for the output of say a climate model. For instance, has climate sensitivity – how the atmosphere responds to a doubling of the CO2-concentration – been scientifically debated for more than a century. And there are still uncertainties. Often such factors are represented as a median. But in risk management, one also has to pay attention to the tail risk, for instance low probability but large consequences, or vice versa. How should a society handle such issues? I think STS has many lessons to offer in such debates, having studied science-policy interactions as well as risk and uncertainty management for decades. To democratize science and open up controversies for public deliberation are key messages from STS.

To what extent can you be uncertain and at the same time push for political action?

It largely about interpretation. For instance, European countries in principle have access to the same research, but the research is interpreted and assessed differently. In Poland, for instance, climate change is close to a non-topic. Like Norway, Poland’s economy is dependent on fossil fuels. Both countries have in principle access to the same information from say the IPCC, but only Norway has climate change on the political agenda, to put it bluntly. The question of how much or little knowledge we need to act on is impossible to answer, but we must explore how these phenomena are connected. I think STS research has documented well how science and uncertainty is judged differently in different contexts, and how that may have profound consequences. But in my opinion, we cannot just be critical from the side-line and not take part in the discussions. We need to contribute by promoting a “double reflexivity” perspective: participate, but also evaluate.

What about the climate sceptics in Norway?

There are various forms of climate change scepticism. A few insist that the climate does not change at all. Others acknowledge that it’s getting warmer but argue that these changes are not manmade. Others again argue that it will be too difficult or costly to do something about it, even though it’s manmade and possible to do something about. We need to take into account the range and nuances of scepticism. From 2007 till today I’d say that the political debate has changed from the question whether climate change is manmade or not, to what possibly can be done with it.

What would you wish to see more focus on regarding the climate issues, for instance if you had designed this interview?

I miss a broader societal discussion about how Norway should contribute with a fair share in dealing with climate change, as seen from an international perspective. We still have a way to go in that regard. Although climate action is higher on the agenda in most sectors in the wake of the Paris Agreement, it is still primarily the Ministry of Climate and Environment, the Environment Agency, a handful of NGOs- and researchers who drive the debate. The broader layers of the population and large parts of the private sector do not seem to adequately take part in the discussion. I doubt that we are able to make the necessary changes in the Norwegian society until we have a broader public debate.

Sustainability, a “green shift”, my impression is that we are moving forward?

The green shift and sustainability…. These are broad concepts which are easy to endorse, but what do they actually mean? I’d say such concepts function as camp fires; they are something some of us gather around and talk and discuss, but there are often parallel discussions, which do not necessarily pull in the same direction.

So, the «green shift» should perhaps be a protected label?

Here’s a sort of a parallel to the question of consensus. Establishing consensus won’t do the job itself, but it may contribute to establish the issue and move it up the societal agenda. I think it’s a bit similar with the green shift: it may contribute to get the climate issue on the action agenda, but in the end, action agendas come in plural – and not everyone will agree. For instance, some argue that more gas is part of a green shift, while others would strongly disagree. The concept of the green shift also points to how there are certain dangers related to buzzwords and simplifications. Talking about “green shift” has pushed the issue and has perhaps moved us forward in a certain direction. But what’s next? We have a problem if the majority of the population believe that we’re well underway in the process of a green change. Because we still have a long way to go.