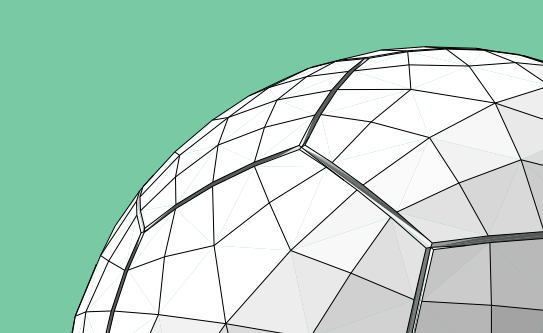 Technologies and innovations spur out from a need or a problem. In football, one such problem has been the game-deciding human errors of the referees. New and available technology could resolve this problem and make the game more just. So why is it so difficult to embrace for the fans, coaches, and players?

What is football about? Ask any fan and they’ll tell you about the glorious victories, the bitter defeats, the passion of the supporters. What they are really saying is that football is all about emotions. The players are referred to as artists, even Gods, creating what is known as “the beautiful game”. We think of the magnificent goals, the ingenious pass, and the outstanding tackle. But just as often, it is a game of mistakes. The goalkeeper who fumbled the ball, the defender who scored an own goal, or the striker who missed the open goal. Even the referee, the representative of justice and fairness on the field, occasionally make mistakes, calling a wrong penalty that decides the outcome of the match and causing an uproar by disappointed supporters. There is nothing more painful and upsetting for the fans than having the “ref” decide the outcome of the game. Now, recent technological advances have made it possible to reduce these human errors, but at what cost for the art of the sport?

Like the rest of society, the age of digitalization has hit football. Within the last couple of years, fans have been introduced to goal-line technology (to settle whether the ball was really over the line), big data statistics (to see whether the players are actually playing well) and video-assisted refereeing, or VAR, as it is abbreviated. VAR gives the referee, or an assistant, the opportunity to look at replays to make critical decisions during a game and is already being introduced in several leagues and tournaments around the world. The intention behind it is naturally to make the game fairer, and the policy-makers has the statistics to back it up. In all three major leagues which has introduced VAR, the MLS (USA), Bundesliga (Germany), and Serie A (Italy), the result has been more correct decisions and less fouls as players know they are being watched. With these promising results, the international football confederation decided in March this year to introduce VAR in the upcoming 2018 World Cup in Russia. One month later the biggest VAR-scandal so far happened.

The scandal takes place at Opel Arena, where the home team Mainz welcomes opponents Freiburg. Both teams are struggling to avoid relegations and with a victory Mainz can move ahead of Freiburg on the table and out of the relegation zone. After 45 minutes of play, a shot hits Freiburg defender Marc Oliver Kempf in the arm. The Mainz players are screaming for a penalty, their fans even more. Referee Guido Winkmann waves play on and soon after blows the whistle for half time. Then it happens. VAR has seen a foul. Six minutes into the half-time break, while fans are filling up on drinks and snacks, Winkmann bring the players back onto the pitch to award Mainz the penalty. Mainz score and eventually win the game. The Mainz players are relieved, their fans happy, the Freiburg fans are furious, but the footballing society is most of all confused. What the VAR happened?!

Football and technology doesn’t always go hand in hand, and there are two recurring problems with VAR which both touches upon the emotions of the fans. The first is the time it takes time to review all the decisions. As Juventus-coach Massimiliano Allegri put it: “It’s turning into baseball. You see some action every quarter of an hour”. And there is nothing more frightening for Europeans than having their “beautiful game” turning into an American sport. In Australia’s A league it took four minutes for the referee to award a penalty. Fans are getting bored and they don’t want to wait an extra six minutes into the half-time to see whether the referee will call a penalty. The spontaneity goes away when players and fans must wait a couple of minutes to see if they can celebrate a goal.

The other problem goes deeper. It touches upon the very nature of the sport, why fans are referring to it as “the beautiful game” and to the players as artists or magicians. After a controversial cup-game in England, former captain for Norwegian men’s football team, Brede Hangeland, tweeted that “VAR will destroy football as we know it”. Similarly, one of the most recognized goalkeepers of all time, Gianluigi Buffon worries it makes the game inhuman. The beauty lies in the potential mistakes. By adding chance into the game, anyone can win it. Football is supposed to be spontaneous, dramatic and emotional. It is not supposed to be flawless, and technology challenges this.

As with the rest of society, football will not be unaffected by technology. The game that the pioneers invented in the late 19th century looks miles away from what is being played today. In the end it all comes down to the integration of technology within the game. This summer, VAR will take on its biggest challenge during the World Cup. For one month, the event will gather over 3 billion viewers worldwide. A flawless championship might lead the footballing world to embrace VAR, but a scandal like that of the Bundesliga might set back the integration of VAR. And it doesn’t matter whether the actual decisions are correct or not because the game is about emotions, not rationality.