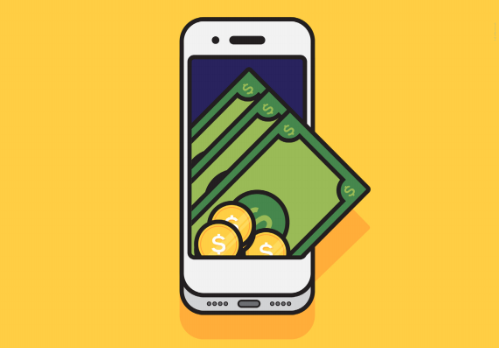 How did a country where 42 % of its population live below the poverty line become one of the most advanced countries in the world when it comes to mobile payments?

M-Pesa in brief
Today it seems like there is a way to pay with just about any service or device, either it is by using Vipps, Apple Pay, Venmo, Google Pay, WeChat Pay or other services. However, mobile payment is not as new as you may think. Actually, DnB and Vipps are playing catch up. M-Pesa was launched by Vodafone’s Safaricom mobile operator in 2007 and is a simple method of texting small payments between users. Today, M-Pesa has 30 million users in ten countries.

The service is not only used to splitting restaurant bills and buying waffles at flea markets, it is additionally used for a range of services in all layers of the economy, including international transfers, loans, and health provision. In 2016, M-Pesa processed around six billion transactions at a peak rate of 529 per second.

One of the main reasons for this marked expansion is that almost all Kenyans during the last years has been given access to 3G. In fact, more Kenyans have access to 3G, than to electricity in their everyday life today. In addition, imported cheap smartphones from China has made it as common – maybe even more common – to own a smartphone rather than owning a goat.

The Theory about Technology-Gap
Within the field of innovation studies several scientists, Cornwall (1977) and Verspagen (1991) among others, have argued that less developed countries might have an advantage when adapting and implementing technology that has already been developed in more technologically advanced societies. The reason for this advantage is that the developing countries are able to skip the costly process of Research & Development, making of prototypes, conduction of market analysis etc. Basically, they are able to jump directly into the phase of implementation. Despite that this development receipe might seem favourable, there are few empirical evidences supporting this given theory. However, M-pesa, and equivalents in other developing countries, can be considered as one of few exceptions.

The growth of M-Pesa has had tremendous social effects: because you do not need a bank account in order to use M-Pesa it has benefited those lacking access to formal banking, by including them in the financial marked. A study conducted by Massachusetts Institute of Technology (MIT) shows that the service has lifted 2% of the Kenyan population out of extreme poverty. Furthermore, the study estimates that M ́Pesa has helped about 185 000 women graduate from subsistence agriculture to small business, perhaps because having an M-Pesa account gives a woman her own money, rather than her husband’s or parents’, and a greater sense or agency. Other studies shows that M-Pesa has Hobbled crime by substituting cash for pin-secured virtual account.

“Kenya’s M-Pesa proves that when people are empowered, they will use digital tech to innovate on their own behalf.” – Bill Gates

From Cowrie Shells to Bitcoin
For centuries, even before money was introduced – and now I talk about money as physical coins and banknotes – as the most common medium of exchange, people used precious objects such as pieces of bronze, cowrie shells and gold in order to exchange products and services. In our era, we are moving away from the usage of physical money and into an era dominated by mobile payment such as M-Pesa and Vipps, and digital currency such as Bitcoin.

Much can be said about the disadvantages and advantages of the onlineyfication of money and I do not intend to present this list here, but one major advantage with the introduction of M-Pesa in Kenya, Smart in the Philippines, Bkash in Bangladesh and EasyPaisa in Pakistan is that it has given people access to the market. Mainly, this is applicable for the people at the bottom of the pyramid, the ones that previously has been excluded from the given market. One of M-Pesa ́s slogans is «we target the one shilling» and that is exactly what makes it accessible for everyone – as long as you have a smartphone and access to 3G.

Goodbye, money?
Do we have to rewrite the Beatles and ABBA to «M-Pesa can ́t buy me love» and «Bitcoin, bitcoin, bitcoin, must be funny, in a rich man ́s world» so that the songs will make sense to our children? Probably not, but the way we think about money – or mediums of exchange – and how we use it is changing. Sorry, Snøhetta, I love the new Norwegian banknote design, but we have to admit that new technology changes the rules of the game – now there is a new game in town.